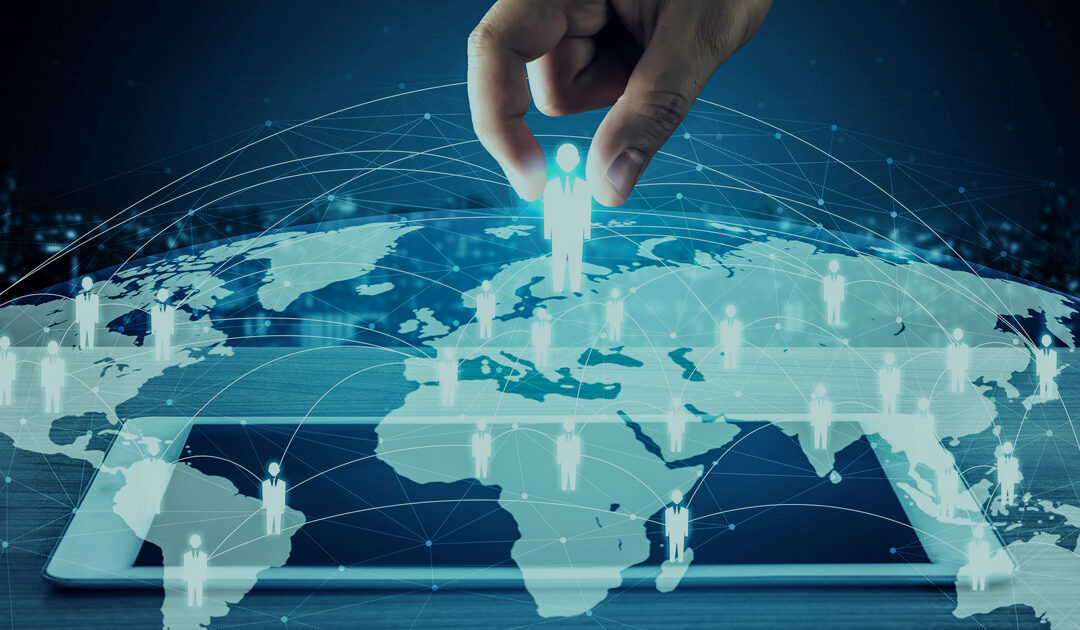 Benefits every employer should know about EOR

Benefits every employer should know about EOR 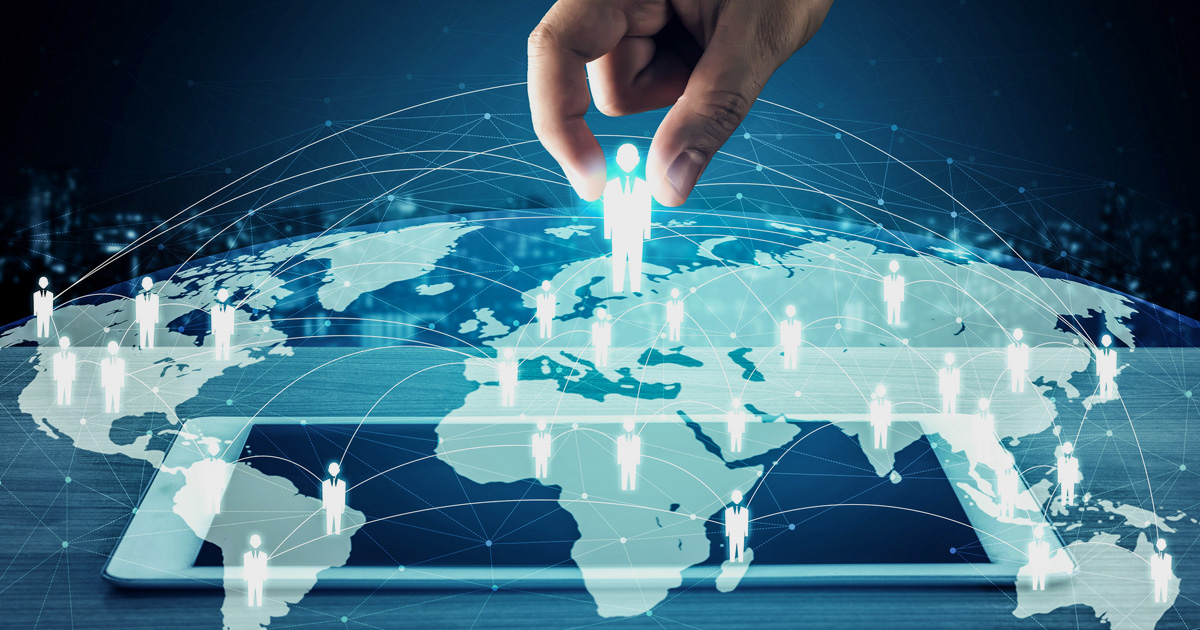 Learn about the advantages of hiring great employees with low costs.

What is an employer of record?

It is a company that administers payroll taxes, workers compensation insurance, and other employee benefits while employees perform work at a different company.

Employer of record companies are responsible for managing payroll and taking on many of the responsibilities that an employer traditionally would. This includes ensuring compliance with federal and state labor laws for payroll, workers compensation, and other benefits.

1. Focus on Core Business
Partnering with an employer of record lets you focus on your core business. If you don’t have the necessary training in HR, payroll and accounting, regulatory compliance, risk management, insurance or employee benefits programs, work in those areas is better left to the experts.

3. Optimized Back Office
You gain efficiency while having your back-office tasks effectively completed. Back office roles are important because they are essentially the backbone of a company. When back-office operations run smoothly, it sets the company up for success. It also boosts productivity and helps keep costs low. Back office roles are also important because they ensure that all company data and information is secure and maintained. This is helpful to the overall business process, operations and to business owners who want to see how their company is performing. Lastly, back-office roles help to see where improvements can be made for the organization as a whole. This includes being mindful of the allocation of company resources.

Time management has been optimized, and the efforts put into every-day tasks have been lightened. Employee productivity and efforts have been improved, allowing them to place more emphasis on more important things such as precision and creativity.

4. Provide Employee Benefits
Working with an employer of record helps provide your employees with quality benefits. For example, you can provide health and other insurance, a retirement plan and other benefits that otherwise may be too costly for your company. Providing quality benefits helps you attract and retain quality employees.

5. Control Costs
Utilizing an employer of record can help control costs. For example, rather than paying for expensive office space, staff and overhead, you pay only for services used. Also, because the employer of record can provide insurance and other benefits at a lower cost, you free up capital to use in other areas. In addition, because you have compliance support, your company may pay less in legal fees and fines.


Are you thinking of hiring someone abroad, but the costs of it are too high? EOR can solve this problem. More info 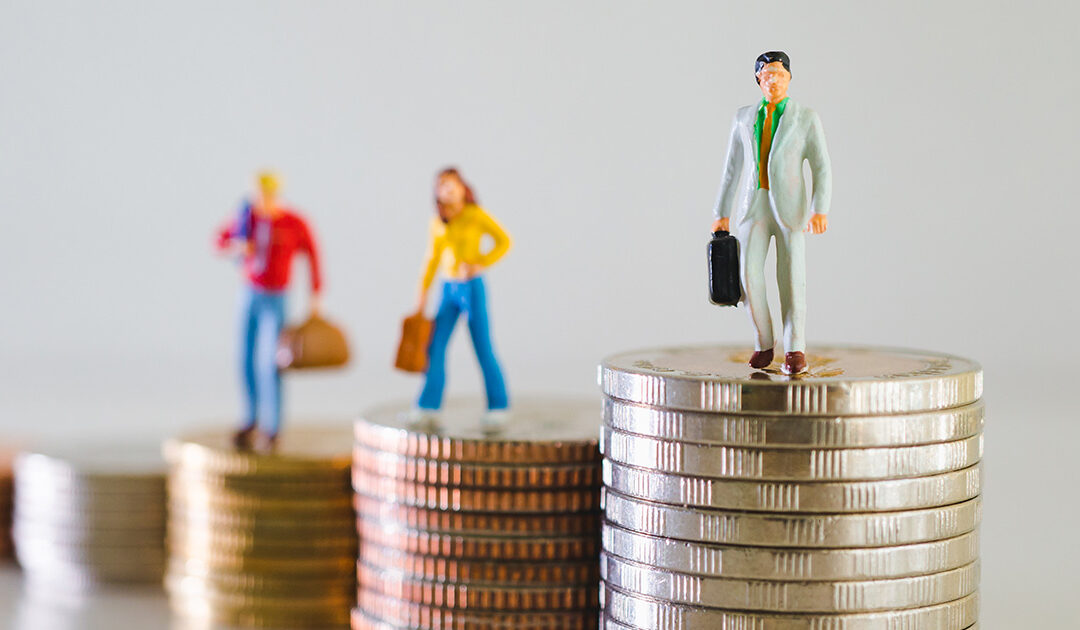 Ten countries with the highest incomes

Ten countries with the highest incomes 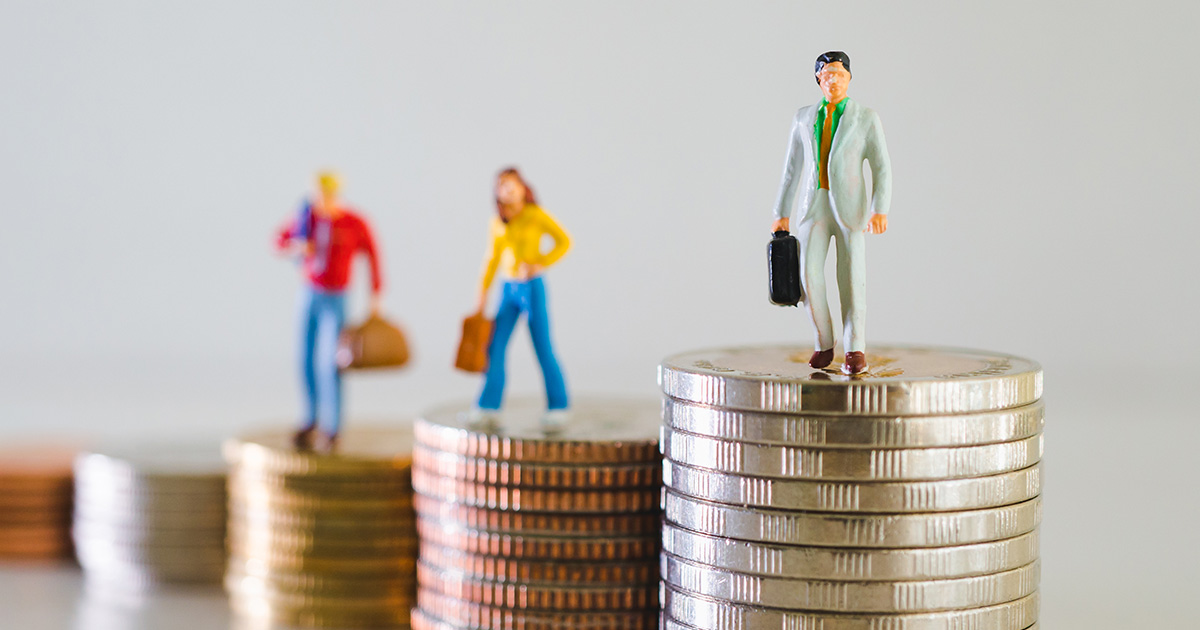 Disposable income per capita is one way to measure a country’s wealth. Find out the top ranked.

Countries use various measures to gauge their wealth, Andrew Sebastian, from Investopedia.com, outline the top 10 countries based on disposable income per capita, identifying how much money a person has available to spend on goods and services after paying their taxes.

Think of disposable income as your earnings minus necessary expenses such as your mortgage payment, groceries and health insurance, but less the taxes you paid.

The United States, with its 326.7 million people,3 tops the list with a disposable income per capita measure of $53,122. The country’s GDP came in at $20.58 trillion in 2018—the largest GDP on our list and world’s largest economy. Key sectors in the U.S. include financial services, professional and business services, manufacturing and health care.

The small country of Luxembourg, with an estimated population of about 608,000 people in 2018,6 had $47,138 in disposable income per capita that year, putting it second in the world. The European country nestled between Germany, France and Belgium had $71 billion in GDP.4 For context, the U.S. dwarfs Luxembourg in GDP at about 300 times its size. Much of Luxembourg’s economic success stems from banking, where the country has grown into a global financial centre.

Switzerland had $41,561 in disposable income per capita in 2018. Its GDP was $590.5 billion and population 8.5 million.4 7 The country has a stable market economy, favourable taxation laws, strong financial and tourism sectors, and a skilled workforce. Switzerland’s main exports are pharmaceuticals, gold, watches and jewellery.

Germany commands $40,699 in disposable income per capita. Germany is home to approximately 82.9 million people and is a major exporter, notably of cars, being home to major car brands such as Volkswagen, Daimler and BMW. Germany is also a major exporter of chemicals and has a GDP of $4.5 trillion.

Australia’s disposable income per capita was $40,237. Australia had a GDP of $1.34 trillion in 2018 and a population of almost 25 million people. The country is rich with natural resources, which is reflected in one of the primary engines of its economy—mining.

Norway had $39,570 in disposable income per capita in 2018. With a population of 5.3 million people and a GDP of $359 billion. Norway makes its way with a natural resource-driven economy focused on oil, fisheries and metals. Norway’s sovereign wealth fund is worth just over $1.15 trillion and is funded largely by the country’s oil industry.

The European country of Austria had $38,333 in disposable income per capita in 2018.1 The country had 8.8 million people and a $503 billion GDP. Over the years, the country’s shift toward privatization, i.e. less regulation, has improved the economy. Much of the country’s economic growth is driven by the energy industry, where renewable energy accounts for about 30% of gross domestic consumption.

Belgium, another European country, makes the top 10 list of countries based on $36,044 in disposable income per capita. Belgium had a population of 11.4 million and a GDP of $597 billion in 2018.17 The country is world-renowned for its chocolate shops and factories. Given its location, Belgium’s economic strong suit is exporting, notably vehicles and medicine.

The Netherlands had $35,914 in disposable income per capita and a GDP of $991 billion in 2018.1 4 Its population was 17. million that year and much of its recent success has come about due to natural gas discoveries. Refined petroleum is its largest export category.

Canada finishes the list with $35,772 in disposable income per capita in 2018. The country had a GDP of $1.86 trillion and a population of 37 million. The discovery of oil sands in Alberta has propelled the nation’s economy and the country is one of the largest oil producers in the world. Other top exports include cars, gold and vehicle parts

The key aspects of generating a higher disposable income per capita include a few factors. Ways to increase a country’s income per capita can include lowering its population while keeping the income the same. However, that may be tough to maintain, or do, as the trend for most countries is a rising population. Government policies are generally an easier way to boost income per capita, as governments can enact various policies. Others may include boosting the hours worked by employees, government investment, and more training or education for workers. 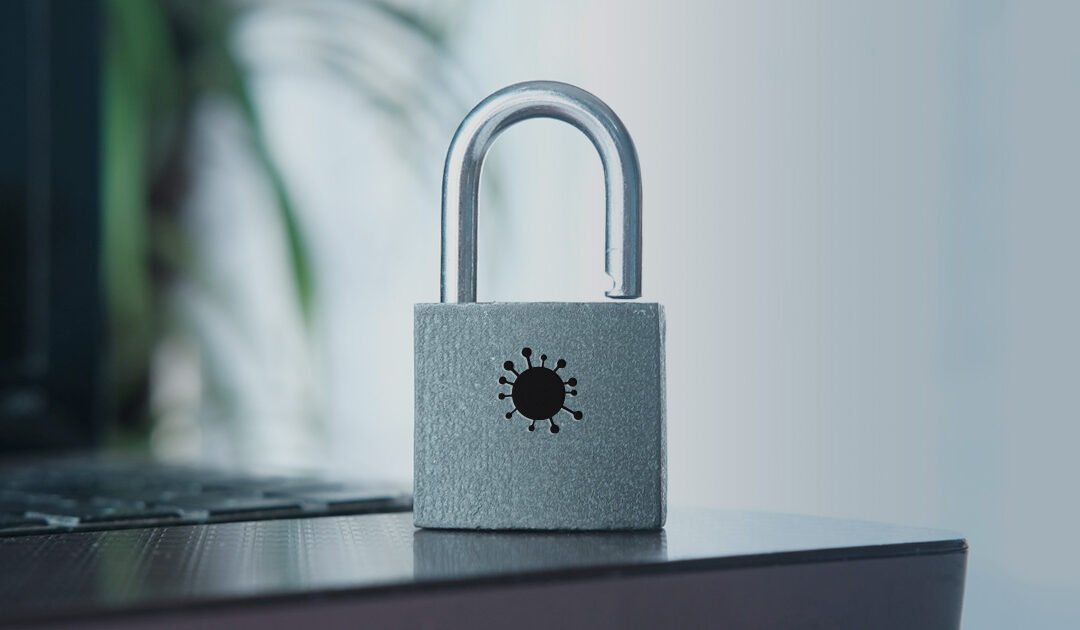 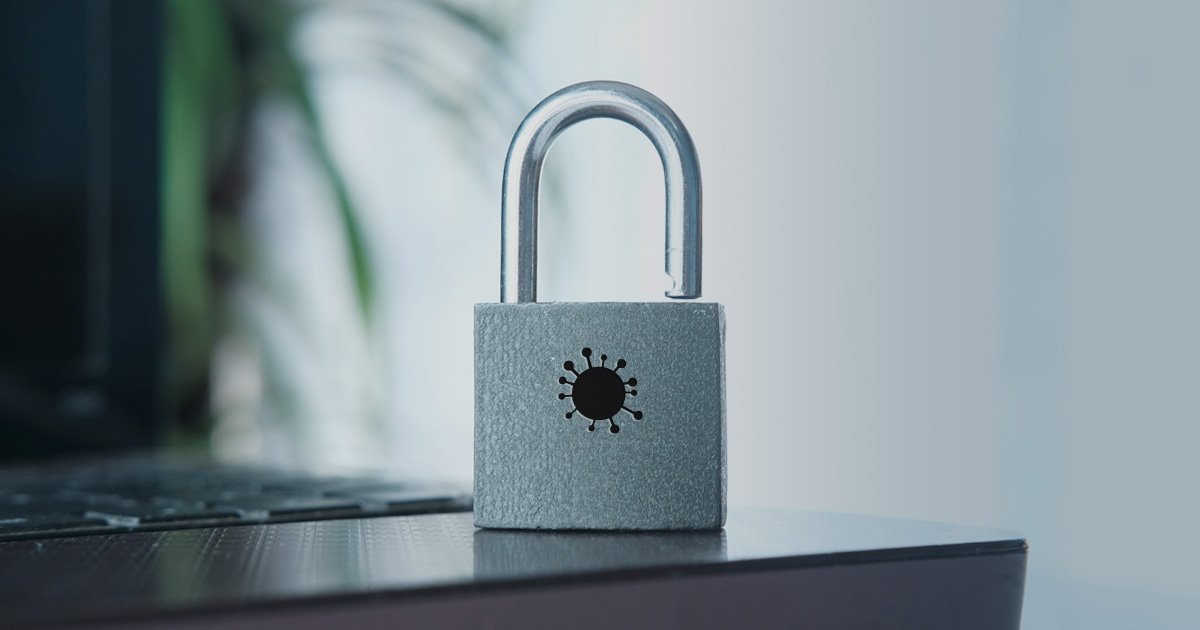 This virus not only confronts many companies with enormous economic challenges, it also brings new tasks for IT security.

In order to minimize the risk of infection and to take into account the exit restrictions, closed schools and childcare facilities, many companies have started to send their employees to their home offices.

This shift has increased remote activities, such as teleworking. Teleworking furthers the reliance on email for communication, thus creating perfect conditions for email fraud schemes.

Malicious email messages that might ask you to open an attachment supposedly containing pertinent information regarding the Coronavirus are likely to download malicious software onto your device as soon as you click on the attachment or embedded link.

This software could allow cybercriminals to take control of your computer, log your keystrokes or access your personal information and financial data, which could lead to identity theft.

How to recognize them 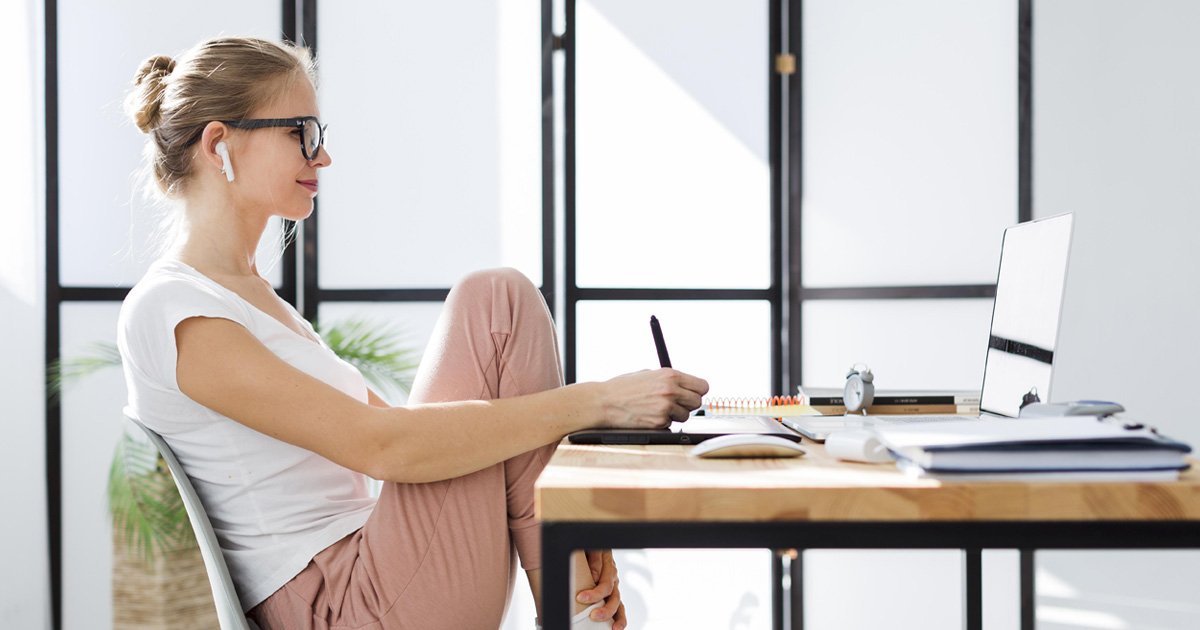 How to Protect against them

1) Do not open unsolicited email from people unfamiliar to you or click on suspicious attachments.
2) Never supply any personal or financial information and passwords to anyone via email.
3) Check the email address. Check the sender’s name, email address and whether the email domain matches the organisation that the sender claims to be from. If not, it is probably a phishing attempt.
4) Protect your devices. Install anti-spam, anti-spyware and anti-virus software and make sure they are always up to date.